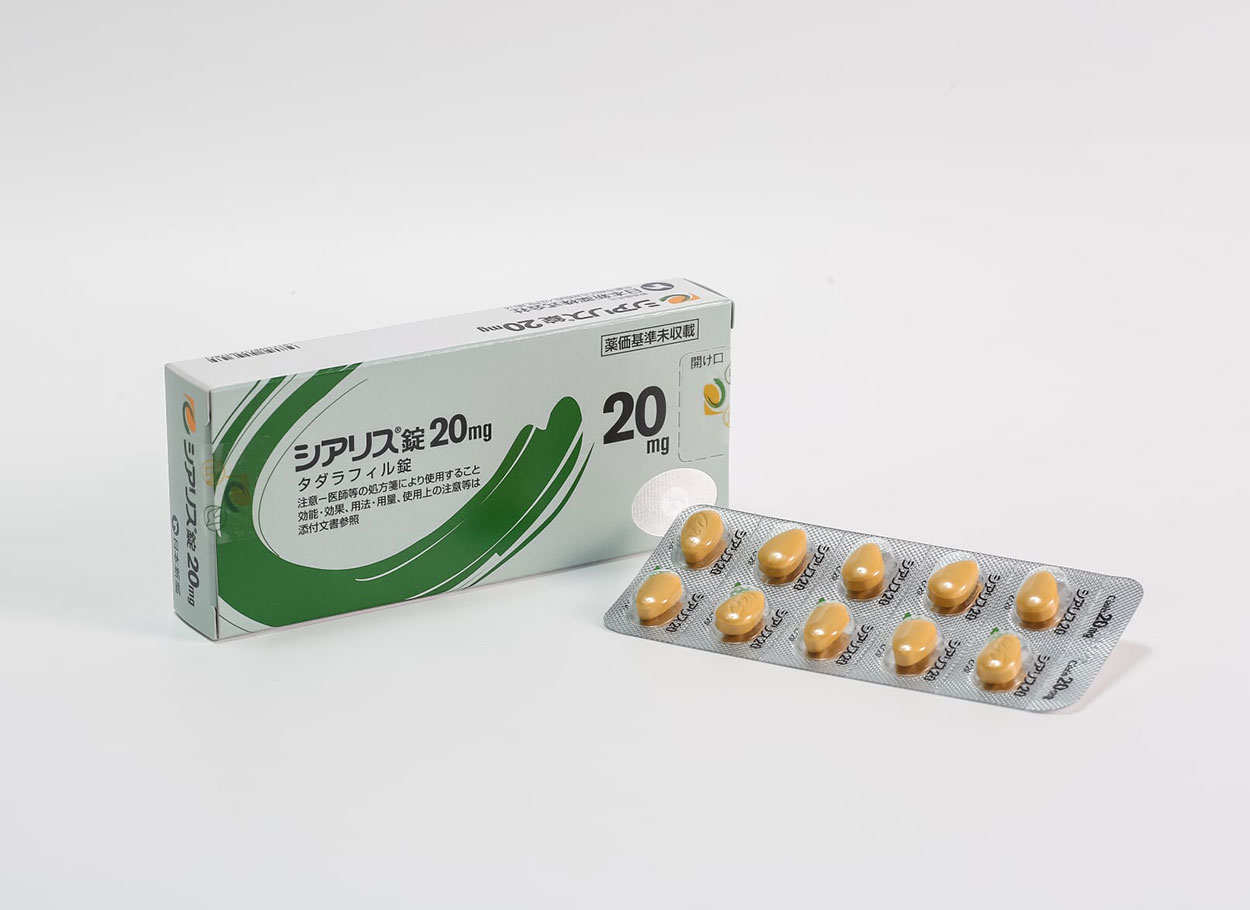 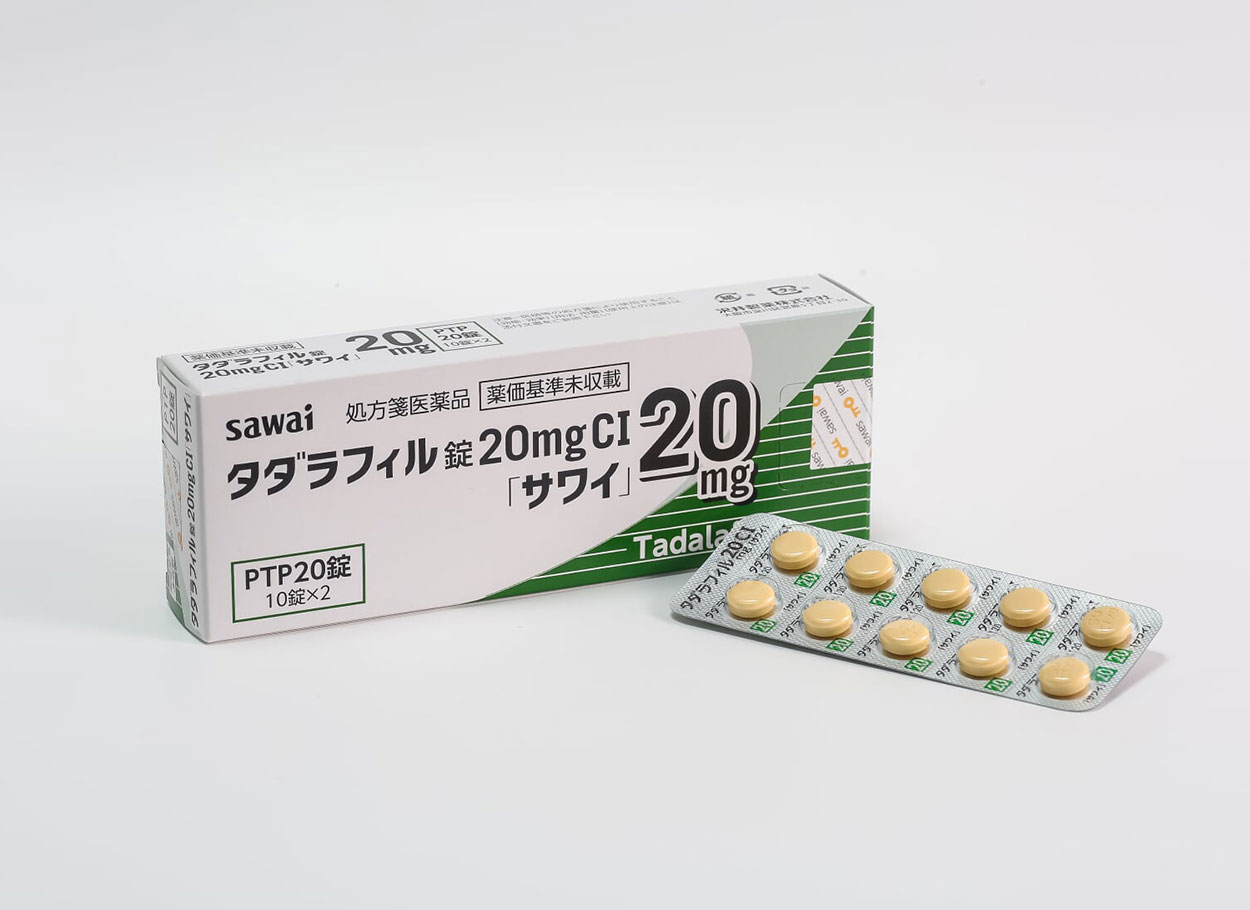 Tadalafil, known as Cialis, is the latest developed drug among the three PDE5 inhibitors for erectile dysfunction (ED) treatment. Cialis was discovered by Glaxo Wellcome (now GlaxoSmithKline), developed by ICOS Co., and is being marketed by Eli Lilly and Company since 2003. In Japan, Cialis had been manufactured and sold by Eli Lilly Japan K.K. since 2007 and lately became solely promoted and sold by Nippon Shinyaku Co. under a licensing agreement basis concluded in 2009.
Cialis’s pharmacologic action is provided by inhibiting phosphodiesterase type 5 (PDE5), an enzyme mainly distributed in the penile vascular smooth muscle that decreases the penile blood flow.
Cialis’s extraordinary 36-hour effectiveness earned its nickname, “The Weekend Pill”.
Like other PDE5 inhibitors, Cialis is recommended as an on-demand medication, and in addition, Cialis is the only ED medicine that also offers a once-daily medication.
The safety and efficacy of Cialis has been approved in more than 100 countries and prescribed to more than 10 million patients around the world.

Price List
We do not charge consultation fee or any other additional cost except for the drug price.

All Cialises which we prescribe are manufactured by Eli Lilly Japan K.K. and sold by Nihon Shinyaku Co. and transported by credible licensed distributors. There is no possibility of counterfeit Cialis.

Instructions
・Take Cialis 60 minutes prior to sexual intercourse.
・Cialis will start to effect within 60 minutes and last for 16hours, 24hours and 36 hours for 5mg tabs, 10mg tabs and 20mg tabs, respectively.
・Cialis will reach to its peak effect 2.5-3 hours after administration.
・Take no more than one tablet per day.
・A sufficient degree of sexual stimulation is indispensable for erection even after administration of Cialis.

Contraindications
We cannot prescribe Cialis for patients who correspond to any of the followings:

Other Side-effects
Although, the correlation not being firmly established, PDE5 inhibitors, including Cialis, has been reported to possibly cause Nonarteritic Anterior Ischemic Optic Neuropathy (NAION) at an unknown frequency (too rare to estimate). NAION is a medical condition involving sudden decrease or loss of vision due to damage to the optic nerve from insufficient blood supply. It is not possible to determine whether these events are related directly to these medicines or to other factors. If you experience sudden decrease or loss of vision, stop taking PDE5 inhibitors, including Cialis, and contact a doctor right away.

Interactions
Please notice our physicians in case you are taking medications below.

・Patients presently taking nitric oxide donors, organic nitrites and nitrates, such as glyceryl trinitrate (nitroglycerin), sodium nitroprusside, and amyl nitrite are contraindicated to Cialis treatment.
・Cialis should not be used with other PDE5 inhibitors namely, Viagra, Levitra, Vivanza, Revatio and Adcirca. Revatio and Adcirca is a treatment for pulmonary arterial hypertension (PAH), containing sildenafil and tadalafil, the same medicine found in Viagra and Cialis, respectively.
・Care should be exercised by patients that are taking protease inhibitors for the treatment of HIV. Protease inhibitors inhibit the metabolism of tadalafil, effectively multiplying the plasma levels of tadalafil, increasing the incidence and severity of side-effects.
・Concomitant use of tadalafil and an alpha blocker may lead to low blood pressure.

Please feel free to contact us about your problem

Click here for online consultation
Consult us by email