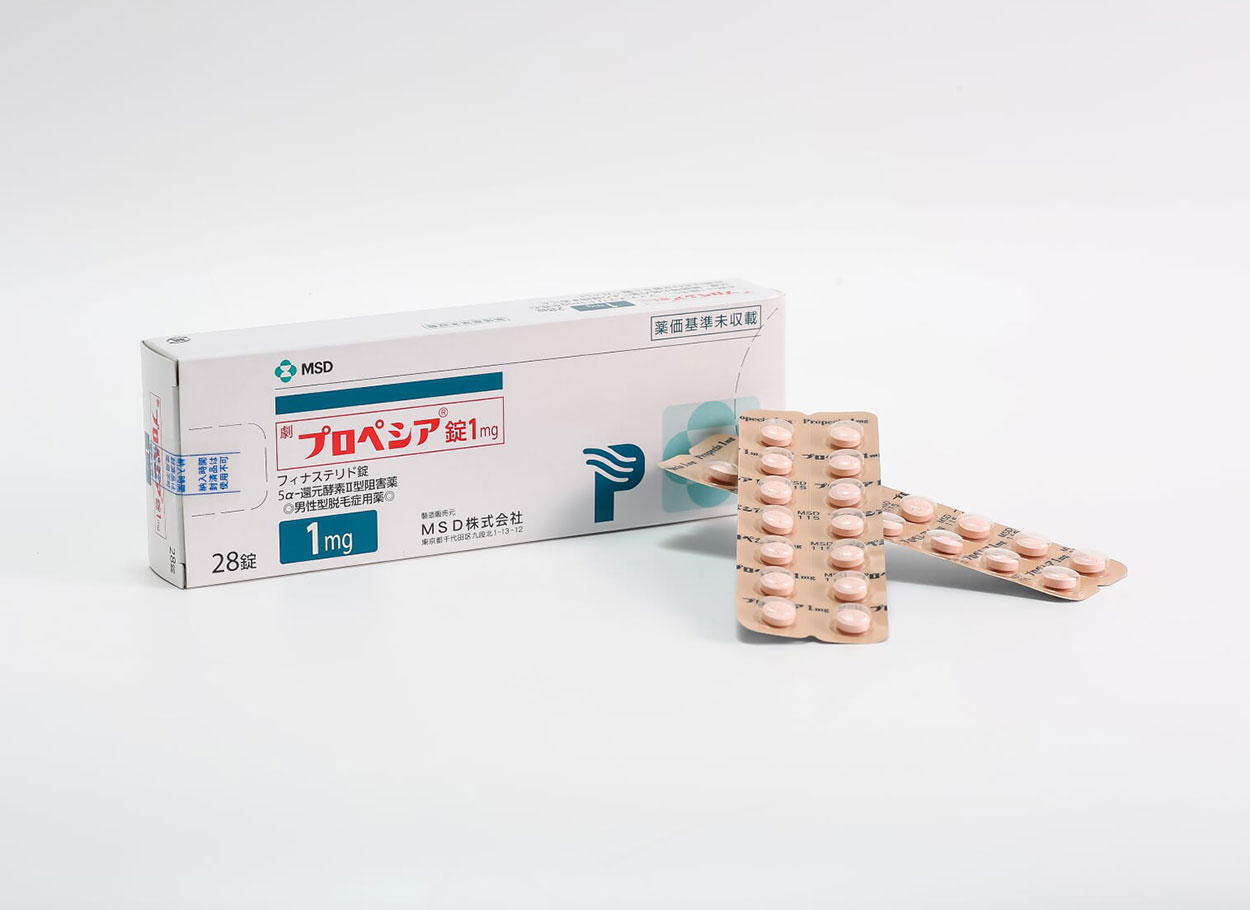 Finasteride, known as Propecia, is a synthetic antiandrogen that acts by inhibiting type II 5-alpha reductase, the enzyme that converts testosterone to dihydrotestosterone (DHT). It was developed by Merck & Co., Inc. and approved by the U.S. Food and Drug Administration (FDA) in 1992 as a treatment for benign prostatic hyperplasia (BPH). Later in 1997, the FDA approved finasteride to treat AGA (Androgenetic Alopecia: male-pattern baldness).

Price List
We do not charge consultation fee or any other additional cost except for the drug price.

All Propecias which we prescribe are manufactured by Merck Sharpe & Dohme Japan and transported by credible licensed distributors. There is no possibility of counterfeit Propecia.

Instructions
・Take Propecia one tablet every day.
・Propecia will start to effect within 6 months.
・Take no more than one tablet per day.

Contraindications
We cannot prescribe Propecia for patients who correspond to any of the followings:

Major Side-effects
In clinical studies for Propecia, a small number of men experienced certain sexual side effects, such as less desire for sex, difficulty in achieving an erection, or a decrease in the amount of semen. Each of these side effects occurred in less than 2% of men and went away in men who stopped taking Propecia because of them. Liver function disturbance may also occurre at a low frequency (percentage too rare to estimate).

Other Notices
・Blood donation must be restraint during and at least one month after discontinuation of Propecia.
・Tell the doctor in charge that you are taking Propecia when checking Prostate cancer.

Interactions
To knowledge, there is no drug or food contraindicated to take concomitantly with Propecia.

Please feel free to contact us about your problem

Click here for online consultation
Consult us by email